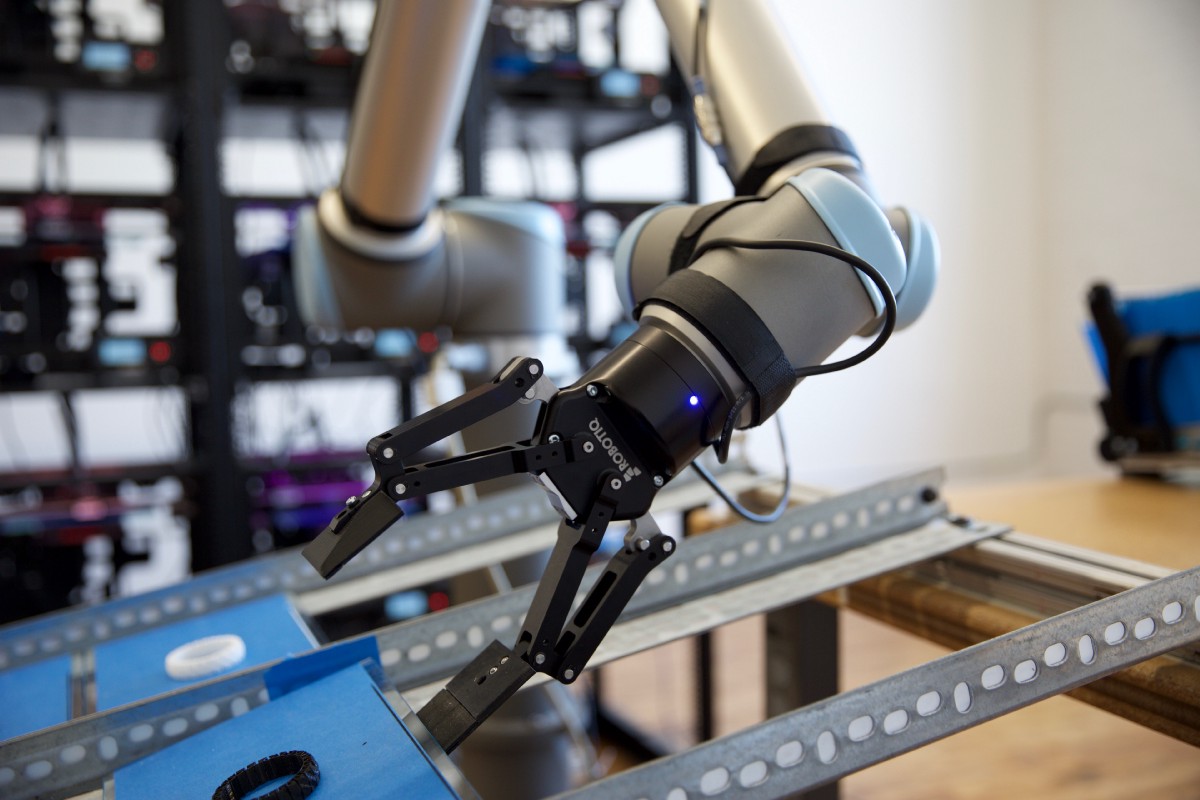 Universal Robots is a company dedicated in offering a lasting solution to industrial automation by introducing their modern robotic models known as collaborative robots or cobots.

Unlike the traditional robots which were very expensive to maintain as they required a safety cage and a trained robot programmer to operate them, the cobots are affordable and do not require specialized personnel to operate due to their unique feature which eliminates the dangers common with traditional robots.

These robot arms offer users with great benefits to enhance automation and increase the overall production of the industries. Here are the advantages of using cobots.

One of the main reasons as to why the cobots are considered modern and efficient is their ability to harmoniously work alongside the human counterparts at the same workplace safely with no risks associated. This is a great improvement from the traditional model, which needed a separate and secluded workspace enhanced with security and protective measures. Some of the safety features of the cobots include a customizable stop time and distance limits to promote a mutual working relationship whereby the workers are in control.

The cobots from universal-robots.com are also useful in handling strenuous tasks, risky and dull working environments thus protecting workers from dangers involved in dangerous production environments thus giving them the opportunity to focus their time and energy to perform safer constructive tasks.

The collaborative robots are affordable to purchase and also very cheap to install at the work place. They do not require any complicated maintenance as they do not have any traditionally added costs of programming and safety guarding. This makes them a suitable robotic automation option for small and medium-sized companies who previously viewed the use of robots as a practice done by big industries only.

They also have a fast R.O.I (return on investment) of less than a year when extensively put into use. The cobots enable industries to increase their production output with minimum human labor force needed since the robot arm can work continuously for a long period of time and do not need work breaks, holidays, day offs or occasional leave hence saving the labor costs.

Collaborative robots are not restricted to a specific industry or application on the contrary they are very flexible and efficient in any task one programs them to conduct.

They are very portable and space saving, which makes them easy to redeploy to different applications without the need of altering the production layout. One can shift the robot arm from one task to another and still reuse the previous programs for those tasks that are recurrent.

Universal Robots have simplified the process of setting up the robots from weeks to just a matter of hours since the cobots are easy to install and integrate into the workstation. They do not need any special electrical installations just connecting them to a regular power outlet.

To program the robot all that is needed is to move its arms to the desired waypoints since they have a highly sensitive integrated force torque sensor. The user friendly teach pendant enables anyone to become a cobot programmer