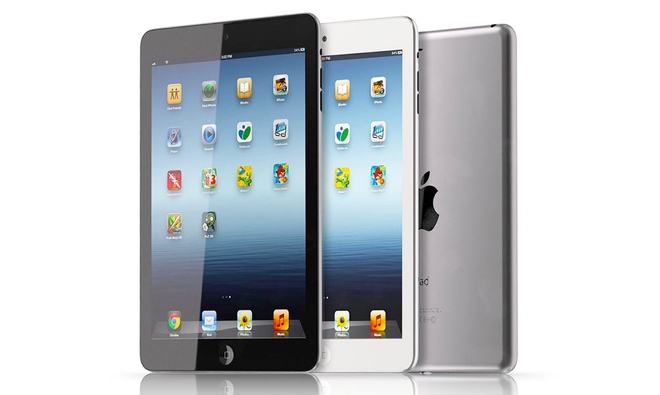 It seems at the moment that there are two sorts of people in the world: those who love Apple products and those who don’t. If you’re looking for a tablet but you don’t want an iPad, what alternatives do you have? Well, here are three popular contenders…

The Galaxy Tab 2 offers stylish good looks and a host of features, including two cameras (a front-facing VGA and a 3-mega pixel back-facing one) plus Flash compatibility. It’s slightly smaller than an iPad and runs Google’s Android operating system. It’s quick and functional, with plenty of apps to choose from and lots of customisation options.

Offering 16GB of storage (though this can be expanded with a removable micro SD card) and 1GB of RAM, the Tab delivers on performance with clear resolution and sensitive navigation. Download speeds for websites and apps are quick, allowing you to surf the web and play games with few problems. It also has a responsive gyro for fast turns and screen rotations when playing, plus it comes with in-built GPS, Bluetooth and Wi-Fi. Battery life will give you around nine hours of usage.

The Google Nexus 7 by Asus, the second incarnation of which has been released very recently, promises the clearest screen resolution in its mini-tablet class thanks to its 1920 x 1200 HD display, and it is therefore hailed as the best non-Apple tablet on the market. There are 16GB or 32GB storage options, together with Wi-Fi and impressive resolution cameras – 1.2 megapixel for the front one and 5 megapixel for the rear. It runs on Android 4.3 Jellybean, and because it is a Google product you will always receive Android updates before anyone else. You’ll also enjoy super-quick speeds with its impressive 1.5GhZ Snapdragon S4 Pro processor. The Nexus can be charged wirelessly and will give you around eight hours of continual use.

The Nexus delivers on great functionality when browsing or playing. Customisation is quick and easy and there’s a wide range of apps available to download.

More than just a simple e-Reader, the Kindle Fire HD allows you to watch videos, play games, listen to music and browse the internet – it offers great value for money if you’re looking for a tablet for kids to use. It has a 7-inch, 1024 x 600 colour display and runs on a stripped back version of Android Jellybean. It has a 1GHz dual-core Texas Instruments OMAP processor but only offers 8GB of internal storage, which realistically means only 6.55 GB of usable storage. Amazon only allows 1.17GB for apps, which may not go a long way if you’re downloading games and books. There’s also no external SD card slot, but a USB cable can plug you into a PC. You also get unlimited Amazon cloud storage to store your files.

The screen resolution is good, however, with crisp, vibrant colours and great zooming capabilities. Its fully-wireless capabilities allow you to connect to the internet and download a wide range of books from Amazon’s store, many of which are free.

So if you are looking for an alternative to the iPad, or perhaps want to sell your iPad and try something a bit different, you have a wide range to choose from.